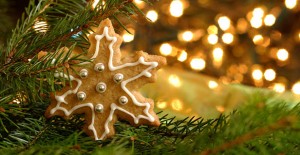 Inspired by the past, PayPlan’s Ruth Vernon shows how you can still have a great Xmas – without breaking the bank…

When I was a nipper – and that’s going back decades as opposed to just years – Christmas was all hustle and bustle in the weeks leading up to the big event. Like every family we had our own traditions – the odd, the vague, the weird and the obscure. But they were our traditions and to this day we still stick to them.

If you have a young family, or even if you’re alone, start up some traditions of your own this year and see how long you can keep them going.

My two sisters and I would decamp to the bedroom to review the pocket money situation and if funds were low we’d inevitably corner Dad and ask for a sub – a financial transaction that very rarely saw the money repaid. Top bloke, my Dad. But very often broke.

The lesson learnt all those years ago was to save up early and try not to borrow money if we could help it. In later life that meant not resorting to the credit card or dipping into the overdraft.

Then there were the gifts. What we intended to buy and what we hoped Santa would deliver. Inevitably it would be smellies and a book for Mum and socks and a book for Dad but it was always a bumper year when Blue Peter* came up with some homemade ideas.

Take two washing-up liquid bottles (they were always round in my day), cut in half and discard the bits with the stoppers on them, cover the outside with felt , cut out D, A and D and M, U and M in contrasting coloured felt and stick those initials on the side of the receptacles.

Voila. One handy cufflink holder for the man in our lives and a pretty box for all of Mum’s precious jewels.

So if you have young ones who don’t mind getting their hands glued-up and sticky sit them at the table and get them to make some presents.

There are numerous websites full of homemade gift ideas and believe me, those presents will be treasured long after the initials have fallen off and the felt has turned a little grubby.

We only had one breadwinner in my family and with three mouths to feed my parents often struggled to meet the demands of our Christmas lists. I never understood how Santa managed to drop off Barbie and all her accessories at the house next door yet could only manage some board games, to share, at ours.

But what I do remember though were the Christmases when I got a theatre, a farm and a doll’s house – all made by my Dad and furnished and embellished by my Mum. They were gifts to treasure and no other child on our street had anything like them.

And yes, you won’t get away with making all of your children’s presents today, but crafting, knitting, sewing, woodwork etc. are all back in fashion so go online and see if you can come up with some gifts to make.

Or go on e-bay and Gumtree or look in the charity shops and see what you can pick up second hand. It’s amazing what a lick of paint can do.

Also there can’t be anyone (is there?) who hasn’t watched The Great British Bake Off so get out the recipe books, make some fudge, bake some biscuits or make a cake. All the effort you put in will be appreciated more than you could imagine.

About the same time as we were struggling with sticky-backed plastic and wrapping flammable tinsel around a candle-lit advent calendar we were also setting up our very own homemade Christmas card production line.

By now you will know what I’m going to say … homemade good, shop bought expensive.

Deliver as many cards as you can to save on postage and where you do have to send cards, or even parcels, through the mail, give yourself plenty of time so you only have to pay for second class post.

And when it’s really close to Christmas Eve, and you do prefer ‘shop bought’, look out for reductions on cards and wrapping paper for next year.

I have 42 people on my Christmas card list this year. Pass me the glitter.

In my house Christmas Eve was like something from a Dicken’s novel.

No, not full of starving children begging for more or disgruntled ghosts wandering through the rooms! The radio was belting out Christmas carols; my Mum was up to her elbows in flour; mince pies and sausage rolls were in and out of the oven in a thrice; the turkey was well and truly stuffed (homemade, not shop bought); and Dad was already on the sherry.

When you trawl the supermarket aisles looking at the shelves and freezers groaning under the weight of sumptuous goodies, take a moment and think what you can cook or bake yourself. And think of the extra pennies you’ll be saving. And those pennies soon add up.

It’s Christmas afternoon. There’s a waft of alcohol in the air, Mum is slumped on the sofa, Dad is snoring, my sisters and I are arguing over a board game and someone’s had the cheek to open the tin of Quality Street.

But what I remember is being warm and fed, looked after and loved.

Not everyone this year will feel like that. There will be people queuing up at homeless shelters hoping for a hot meal. There’ll be homes where the dining table isn’t exactly groaning with food and there’ll be somebody elderly, on their own, worrying whether to put the heating on.

So Tradition number 5 in our house was always to make a donation – some years, by necessity, a very, very small donation – to charity.

If you can buy just one tin of soup for your local foodbank or put some coins in a Salvation Army tin you’ll have done your bit.

And your Christmas will be all the merrier and brighter for it.

*For those too young to remember, Blue Peter was a children’s programme. And they loved sticky-backed plastic – ask your Mum and Dad!