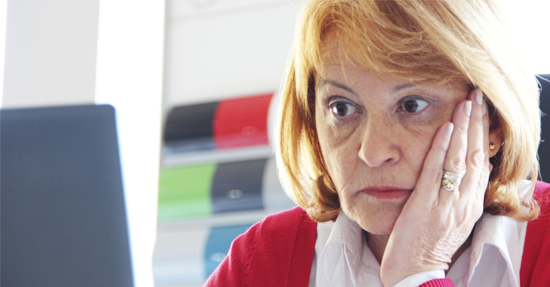 When Judith (72) looks back on the amount of debt she was in she can’t pinpoint the exact reasons why she owed so much.

“It was nothing in particular, no splashing out on a car or anything like that,” she said. “I worked for Lloyds Bank for 30 years and when I retired I left with a decent lump sum.

“I then worked as a housekeeper for a couple but they got divorced and the ex-wife couldn’t afford to keep me on. My money just dwindled away on things like birthdays and Christmases, bills and day-to-day living expenses.

“I thought I was managing but I was just making the minimum payments. I would wake up in the middle of the night worrying about my situation.

“I was paying my creditors just over £600 a month but I was struggling so I managed to get them to accept a reduced payment of £300 a month. But the debts accumulated, especially with all the added interest, and when I reached my limit on the cards the banks and companies just raised it. I’d paid back about £16,000 but when I lost my housekeeping job and I knew it couldn’t go on.”

Judith had four credit cards and a bank loan. “Having worked in a bank I knew what I should be doing. I thought I was capable of managing the payments. I’m an honest person and I don’t like to be in debt. I would’ve loved to have been in a position where I could pay everyone off.”

A friend recommended PayPlan and so Judith gave them a call. “They were brilliant and they certainly lifted a weight off my shoulders. Everything has been easy and I’ve never had any adverse comments.” When she contacted PayPlan she owed £40,000 and she’s been with them for over five years. They set up her Debt Management Plan and she now pays £10 a month.

“I’m more aware now about how to deal with my money. I keep within my budget and I’m not in debt with anyone else. I’m a lot happier than before and life is a lot easier.”