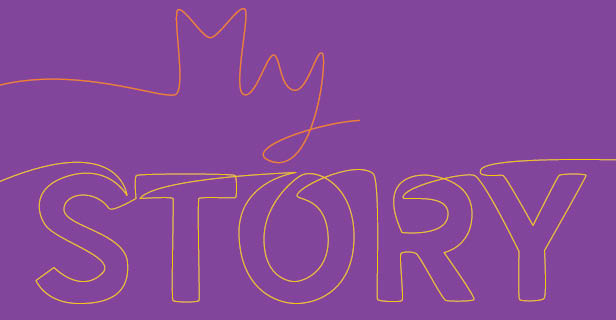 Growing up, I’d always known that I wanted to be a hairdresser. I worked hard at college and was delighted to land a job as an apprentice for a local hairdresser.

I was prepared for the hard graft and long hours but I wasn’t prepared for an apprentice’s wage, which wasn’t very much.

I was living with my partner but we kept our finances separate. We were young and thought it would be better to be responsible for our own expenses.

At first, I didn’t worry when I didn’t have quite enough for my electric or water bill as I just extended my overdraft to cover the excess. I applied for the extension online and it was always granted. But as my wages never covered the amount I needed to pay my essential bills, I kept on applying for overdraft extensions until I wasn’t able to anymore.

It was then that I turned to payday loans. At first it was just the one lender but when I couldn’t afford to pay them back on time, I contacted another payday loan company and it went from there. I lost count of the amount of loans I had.

It wasn’t like I buried my head in the sand either. I was very aware of my financial situation. To everyone else – including my boyfriend, who was unaware of how much debt I was getting into – it seemed like I was really good with money. I was always counting every penny and wouldn’t hesitate to turn down invitations. It wasn’t out of choice though – I just never had any money as it all went on paying one of the payday lenders.

I would have felt like I was getting somewhere if I was actually paying off my debt but all I was doing was paying one payday loan off with another.

It was only when I found out I was pregnant in 2013 that I realised that I needed to seek outside help and contacted the Citizens Advice Bureau.

They gave me PayPlans details and I phoned straight away. As they took me through my options, I immediately felt a sense of relief. I had £6,000 worth of debt when I entered into a debt management plan in 2013. That might not seem a lot to some people, but to me it was a huge amount.

Entering into a debt plan was a turning point for me. I felt like I’d been given a fresh start.

Although I felt very relieved to finally be sorting my debt out, the last few months had taken its toll and my mum was the first to notice that I wasn’t my usual self. After I told her everything, she encouraged me to tell my boyfriend.

He was very shocked as he’d always assumed I was in control of my finances as I was always counting each penny, when in reality it was just because I was counting how much I had to keep my payday lenders at bay for another month.

I am now open with everyone about being in debt. It feels great to see the amount I owe reduce each month.

Alecia was born in March 2014 and I’m determined to show her that you can have a great life without getting yourself into debt.