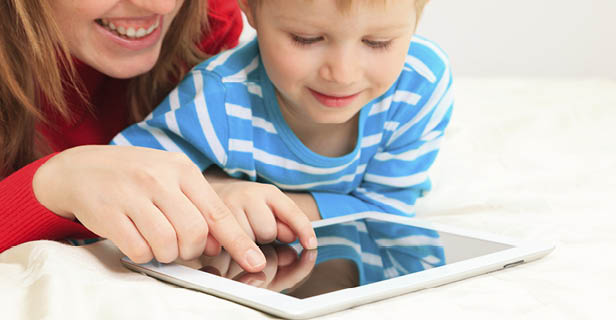 Children today face more distractions than ever before when it comes to studying outside of the school grounds. The World Wide Web especially provides an endless array of sites, games and social media that are battling to win the procrastination battle that comes with sitting down to study. However, studies show that to do well at school it’s important that children don’t just leave learning at the school gates. So, is it really possible to instil a love of learning outside of school in this modern technological age and is it possible to do it without breaking the bank on private tuition?

Just as the internet can be used as a tool for distraction it can be used fantastically as a tool for learning. A quick search of ‘free online learning’ will return plenty of websites which offer many great educational games with different learning styles and approaches. The BBC website is very good for this. But in this blog, I want to talk about a site you may not have heard about called The Khan Academy.

The Khan Academies aim is ambitious to say the least: “The Khan Academy is an organization on a mission. We’re a not-for-profit with the goal of changing education for the better by providing a free world-class education for anyone anywhere.” The Khan Academy has come a long way since it was established in 2008 by retired hedge fund manager Salman Khan, who started it by recording thousands of educational math videos with himself as the teacher and posting them online.

Since then the site has grown substantially. It now offers 6,000 instructional videos and 100,000 practice problems in math, biology, physics, chemistry, economics, and more. Around 350,000 registered teachers, predominantly in America, also use the videos as classroom aids. The Academy’s staff has also grown, including several computer whizzes, PhD-holders, and now even a few with advanced education degrees. The site currently reaches 10 million students a month.

The idea is that students watch lectures and work through problem sets in their own time, at their own pace. Once they prove mastery of a concept, adaptive software will suggest new ones, much like Amazon recommends new books. The software is also able to monitor which subject areas the student excels at and which ones they’re struggling with. This makes it much easier to target specific areas of improvement and invest more time in this. The Academy see the problem in the classroom being that all children have to try and move along at the same pace, and if they haven’t mastered an area, due to time restraints they are not allowed the time to invest in the area that needs more focus – and this is when children can fall behind.

The Khan Academy model is also able to learn about how you learn. So it detects when you normally switch off from learning, what times of the day you’re most productive, what forms of teaching you react best to and can then adapt the teaching to suit your needs. Their eventual aim is that one day this technology could be incorporated into the classroom and teachers would have access to this information, making it easier for them to monitor each child’s progress and adjust their lessons suitably. The idea being that no child would be allowed to fall behind as teachers would be able to constantly monitor the child’s success on the programme. This technology is now starting to be introduced into schools in America and the early results look promising.

No one is claiming that technology could ever completely replace a brilliant teacher in a classroom. However there is something to be admired about a project that has set out to provide world class education for all without the costs often associated with that, so the Academy now finds itself regularly receiving donations from Philanthropists who share its ambitious goal and it looks like it will continue to go from strength to strength.

Find out more for yourself here and start the adventure https://www.khanacademy.org/

“It is not that I’m so smart. But I stay with the questions much longer.” Albert Einstein