Ellie Ntalampira (23) has worked as a Client Liaison Officer with PayPlan for the last two years and her job involves talking to clients and helping them find the best solution to their debts problems. 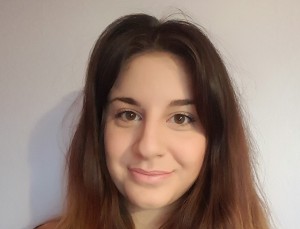 “I’ve received training to help vulnerable clients and this was really useful when I recently dealt with a 50-year-old gentleman who showed signs of requiring a certain level of care.

“Initially he didn’t show any specific signs of being vulnerable but when I asked him if there were any circumstances, including health issues, which might affect his ability to repay his debts, he disclosed that his daughter had been having mental health issues and this was having a significant effect on him emotionally.

“Had I not received the training I would not have been able to identify this as an issue and the client would’ve felt isolated.

“Even if the person you speak to sounds like they’re fine it’s not often the case. It’s then up to us to use proactive questioning in order to get an answer which is what I did in this instance. I asked him how that might affect him at work or personally, whether it might make it more difficult to communicate with us, and offered help and advice from PayPlan and directed him to other specialist organisations.

“I try to listen out for hints that the person is having difficulties. The main thing is to remain calm and not to be embarrassed to ask a question. The worst thing that could happen is that they don’t want to share; the best thing is having peace of mind knowing that you’ve helped someone.

“When I speak with a vulnerable client I can always tell when they’re grateful to have spoken to me. For most people it’s a weight lifted and it’s obvious from their tone of voice. It’s nice to know that someone feels comfortable enough to share details that are often difficult to talk about.

“Sometimes it’s difficult after dealing with a particular emotional or stressful case. There have been a couple of times in the past where I’ve had to get my next appointment completed by someone else due to the emotional stress of a case. My Team Leader and Manager have always been supportive and are happy to have a chat after a difficult case.

“Being in financial difficulties can lead to vulnerability so a large proportion of our clients will deal with emotional stress at some point during their journey with PayPlan. Because of this it’s important that we know how best to communicate so we can at least lift some of the pressure.

“Depression and anxiety are so common that they’re easy to ignore. I’m glad that PayPlan is now addressing these issues and dealing with them.”