Dominique Katzke (22) is a Case Consultant on the First Support Team in the Individual Voluntary Arrangement (IVA) Department. As a Case Consultant she assesses a client when they first come into her department to ensure they are able to complete their IVA. 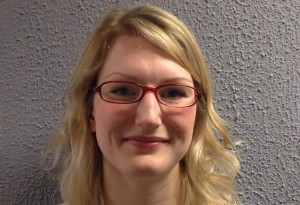 Along with many of her PayPlan colleagues, Dominique has completed a course on Vulnerable Clients along with e-learning and a Suicide Awareness Course, all of which are renewed yearly.

“The aim of the training is to raise awareness of the different types of vulnerabilities and what we can do to make the setting up process easier for each client. Throughout the course there is a strong emphasis on patience, empathy and support. These are the things we should be giving to our clients when they open up to us about problems even their nearest and dearest may be unaware of.

“I had a 45- year-old client who informed me he had suffered bereavement in his immediate family just two weeks earlier and therefore wanted more time to consider his options with regards to his debts. I booked him in for another appointment a little bit in advance as I realised we would need to slow down the process to give him time to deal with his grief and I reassured him his debts could wait. I gave him my work email address and encouraged him to contact me with any queries he had in the meantime.

“Before the pre-arranged appointment, the client sent some worrying emails stating he was contemplating taking his own life and that he had attempted to do so previously. We tried to call the client straightaway, however he didn’t answer. We responded to his email expressing concern for his welfare and asking him to get in touch to let us know if he was well. After two long hours he did. We called him and explained that our greatest concern was his welfare and we could wait with setting up the IVA until he had the help that he needed. We spent 30 minutes on the phone discussing his life and we referred him to the Samaritans for emotional support, especially as he had feelings of suicide, and also to his GP as he had not been taking his medication for depression.

“We spoke once or twice a week for the next four or five weeks and the client opened up and he explained that he had a mental health illness for which he was currently receiving counselling. We also regularly received emails in the meantime and we supported him via email and text when his feelings of depression were too much for him. We also recommended he spoke to someone when he was feeling down.

“We sent the appropriate medical forms to his GP which needed to be signed off and then sent them to his creditors to make them aware that this gentleman had much greater worries than his debts. When he was ready we completed our debt option call and he wished to persue bankruptcy which allowed him to be debt free much quicker than if he had taken a five year IVA. With the help of the Citizens’ Advice Bureau and a number of charities he managed to raise the applicants fee.

“I reassured everything he told me was completely confidential and that my main concerns were for his welfare. Listening is an all-important skill. I think people do want to talk about the things that make them vulnerable, but just need time as well as an open-minded listener.

“It’s the most enjoyable part of my job as it is so rewarding. Before I received the training I didn’t feel that I would be able to support people with mental illness very well but now I have been given the tools, it’s something I look forward to.

“My colleagues, team leader and manager have been very supportive. It can be an emotional thing dealing with vulnerable because, as much as you try not to, you do feel emotionally involved., When we know it has been a vulnerable client someone has been dealing with, we always check on each other to ensure that the telephone calls all went okay.

“The training we received quoted some facts and figures which shocked me as there are a lot of people who deal with depression, stress and anxiety. I‘ve noticed a definite increase in the amount of vulnerable client cases we’ve seen and therefore I think it’s great that we have the skills to help these types of people if need be.

“I think money and debts are quite personal things and for a client to call our helpline and share this with us is a big step. For them to share with us that they have a mental illness or disability puts us in a privileged position of trust. The training we have received allows us to support and take care of these clients and to ensure that they have a smooth journey through our departments whilst being able to focus on their own needs too.”