Craig Collins, from Leicester, found his debts increasing after being made redundant.  Now on a Debt Management Plan with PayPlan, he’s getting to grips with what he owes.  Read his story below. 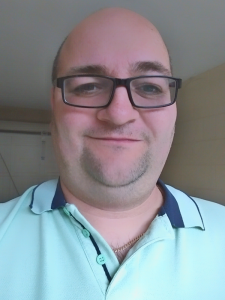 After graduating from university Craig (42) worked in the licence trade for 18 years before being made redundant.

He soon found a job with British Gas but had to take a reduction of £4,500.

With a young family Craig saw household expenses increase and, unbeknownst to his partner Simone, he had accrued almost £14,500 of debt on five credit cards.

“Before I worked with British Gas that extra £4,500 would help pay off the credit cards but with that money gone I was struggling to make the monthly payments,” said Craig.  “Most would get paid off but there was often one card I’d have to miss out.”

The strain of coping with the amounting debt and not being able to share his concerns with Simone took its toll.

“I used to dread every phone call and when letters arrived I would have to hide them,” he added.  “The stress of it would keep me awake at night.”

When Simone gave birth to their second child and Craig saw the household expenses increase even more he knew he had to tackle his debt problems head on.  It was while sitting in his work’s rest room that he saw a poster from Validium (the employee assistance and well-being organisation) providing details of the help offered by Payplan.

“As it was an official poster I thought Payplan must be a trusted company so I gave them a call and within two weeks a Debt Management Plan was in place,” said Craig.

Craig admits to a sense of relief after telling his partner about the debts but also stresses that he feels a deep responsibility to pay back what he owes.

“We don’t ‘splash the cash’ like we used to, we don’t go out as much and there are no impulse purchases,” he said.  “But I know the debt is being paid, I’m taking responsibility and doing what I have to do and I can see a brighter future for my family.

“Payplan were brilliant and I can’t give them enough credit for helping me,” he added.  “I feel more relaxed, I sleep better and I’m a much happier and more contented person.”