By the time Mary (57), a Sales Administrator who lives near Canterbury, contacted Payplan in 2003 she and her husband were £95,000 in debt. 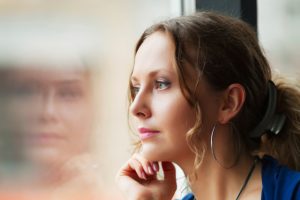 “It still frightens me to actually see it written down,” said Mary. “We had eight credit cards; some were joint cards and I had two in my own name. The majority of the debt was spread around these cards; the highest was £10,000 and the lowest was £2,500.

“I worked in a bank at the time so getting an overdraft was easy. The overdraft on two accounts rose to £6,000 and I also had another joint account with an agreed overdraft of £5,000.

“I wasn’t spending the money on myself. I wanted to give my children a good and happy childhood and the things I didn’t have when I was growing up. The money went on holidays, school trips, Christmases and birthdays and nice presents for everyone.”

At first Mary hid the debt from her husband Dave, finally telling him in March 2003, a month before they joined PayPlan. “I didn’t hide it deliberately and on reflection he now says that it was partly his fault for not asking any questions about our income and expenditure. Letters from creditors were coming in and I just didn’t show them to him.” When Mary was trying to deal with the debts herself she was just paying off the minimum amount on each card every month but with interest charges accruing that just made things worse.

“Day-to-day life became surreal to me and I sometimes did the ostrich thing, burying my head in the sand. I was showing classic symptoms of depression. I became withdrawn and I am normally a bubbly person. I didn’t want to go into work and wasn’t myself with friends and colleagues.

“After going to see the doctor I was signed off for four months and given tablets which helped. During my time off I realised I hated my job with a passion as I was selling overdrafts, loans and credit cards and felt I was forcing a big cycle of debt on other people.”

While Mary was off work her husband read an article in his newspaper that mentioned PayPlan and she decided then and there to contact them. “PayPlan were brilliant when I first got in touch. They contacted each creditor and arranged for a monthly sum to be paid. Not once in all the years that PayPlan have helped us did anyone criticise us or make me feel stupid.”

PayPlan set up a Debt Management Plan into which they paid £900 a month. “The payments changed according to our income and whenever our budget allowed I would increase the monthly amount.

“We did make adjustments to our life at first. My sister has been the biggest support, buying us things we couldn’t afford after our budget had been set. We didn’t tell our closest friends at the time as it was our own business and we kept our problems to ourselves. I was very embarrassed and felt I had brought this on my husband and children. I tricked myself into thinking I was being a good Mum and wife.”

The couple made their last payment in July 2015. “Thankfully we are not now in debt and have been lucky enough to repay or partially repay the amounts owed. Some creditors reduced the amounts for early payment and that was all down to the Settlements Team at PayPlan and a fantastic lady called Rita who negotiated on our behalf.

“Life is what it should be now, ups and downs like anyone else but with no big black money cloud hanging over us. As a person I have changed in the fact that I detest credit and feel it is the bane of modern society. Some would say that used the right way credit is good. I cannot argue with that but it was certainly not good for me.

“If I my situation can help anyone else go through what I did 13 years ago I will be happy. I cannot say how grateful I am to PayPlan and as I told Rita in Settlements, my life and that of my family could have taken a real turn for the worse and perhaps may have even resulted in us splitting up.

“I will always be thankful for the day I made that first call and then I could breathe again and start to sleep without waking up feeling fear and dread.”