Christmas is an exciting time of year for many of us – getting the family together, great food, drinks, presents – but it can also be very stressful. We put pressure on ourselves to make it ‘special’, aiming for ‘the best Christmas yet’ but what can that pressure lead to?

We’ve released an animation with SANE, a Mental Health Charity, about getting into debt for Christmas, and the effects debt can have on your mental health. We want to get conversations started – what is the cost of Christmas, not just on your wallet but also on your health?

View the animation here or read on to find out more about the effects that debt can have on your health, now and throughout the year.

Earlier this year the Money Advice Service revealed that 8.2 million adults – or 16.1% of the population* – live with problem debt, that’s a huge number of people dealing with an increasingly stressful situation.

Being in debt can make you feel like you’ve lost control of your finances, hopeless, anxious. We surveyed some of our customers and found that 91% admitted feeling stressed about their finances. 82% acknowledged regular bouts of anxiety, and 60% suffered from depression. 62% experienced insomnia. They are all worrying statistics which highlight the effects that debt can have on your health.

And if debt is at the root of your health problems, then tackle it today!

Take this test from the NHS to see if depression is a concern for you.

Together we can #StopStigma
And change mental health for good*
#happynewyear 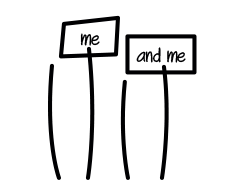 One in two adults with debts has a mental health problem* 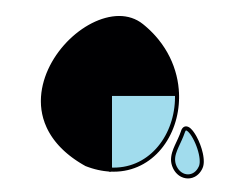 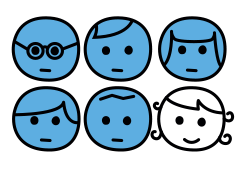 One in six people struggling with their debts seeks help* 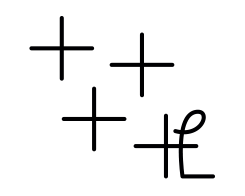 JOIN IN THE CONVERSATION & YOU COULD WIN, WIN, WIN! 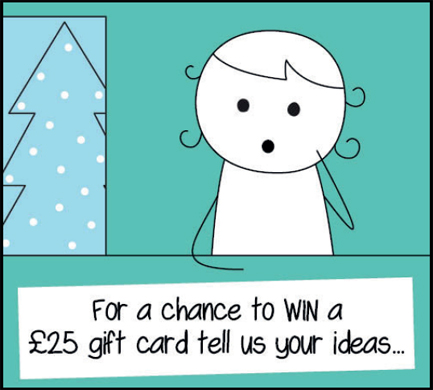 With household budgets squeezed, many families will be worried about how they are going to cover the cost of Christmas this year. But with so many great ways to save a bit extra this year, you don’t need to break the bank to enjoy the festivities.

So to be in with a chance of winning a £25 Argos gift voucher, we want to hear your favourite Christmas saving tip.

Whether you participate in a secret Santa, give out homemade presents or do all your shopping online, we want to know all the creative and festive ways you manage to keep costs down, so the holiday season doesn’t strain your budget, or lose its magic!

Enter as many times as you like and a new winner will be announced every Monday until 26th December.

Michael (25), a Kitchen Assistant from Tattershall, first got into debt after leaving college. After taking out a few credit cards, loans and lending his friend some money, Michael was soon struggling

He said: “I took out another Pay Day loan to pay off the interest off the other loans. I had no money but loads of interest charges. Even when my friend paid back the money he owed, it barely touched the interest on my debts.

“By this time I was in over my head and my debts were out of control. I owed just over £8000 and all of my pay cheques were going to my creditors; it was only paying off the interest and none of my debts were being cleared.

“Living with all of this made me physically sick with worry and I was so tired through lack of sleep. I started suffering with deep depression, which affected my girlfriend and eventually our relationship broke down.”

Michael’s depression and his family’s concern for his well-being made him realise he’d reached breaking point. He contacted his local Citizen’s Advice Bureau who put him in touch with PayPlan.

“Life is bliss now compared to before. I’ve stopped buying what I want and only buy what I need. I’m managing my budget a lot better now and I’m a lot more wary of loans and any other type’s of credit.”

Where do i go from here?

If you or someone you love is affected by debt or mental health get the help and support you need, follow these steps to find out where to go...

Speak to someone you trust. This could be a friend, relative, colleague – talking through your worries will help you work out what to do next.

If you are struggling with your debts speak to PayPlan today. We offer free debt advice and will help you find the right debt solution for you.

Find out what your credit rating is. Use the free credit score service available now at Experian.

For more money advice or tools to help you manage your finances, visit The Money Advice Service website.